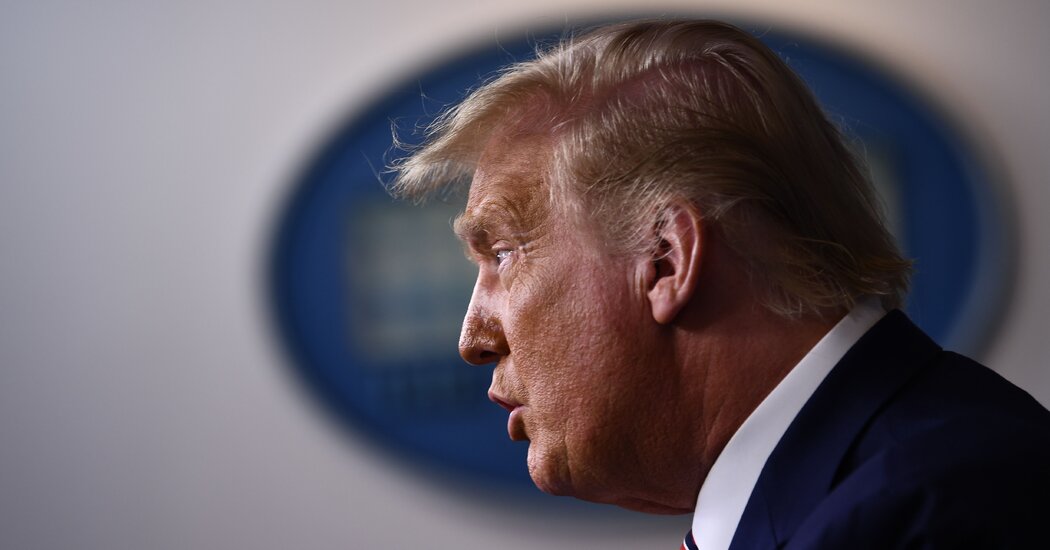 President Trump has made it unmistakably clear in recent weeks — and even more crystal clear at the Tuesday debate — that there are only two choices before voters on Nov. 3 — and electing Joe Biden is not one of them.

The president has told us in innumerable ways that either he will be re-elected or he will delegitimize the vote by claiming that all mail-in ballots — a time-honored tradition that has ushered Republicans and Democrats into office and has been used by Trump himself — are invalid.

Trump’s motives could not be more transparent. If he does not win the Electoral College, he’ll muddy the results so that the outcome can be decided only by the Supreme Court or the House of Representatives (where each state delegation gets one vote). Trump has advantages in both right now, which he has boasted about for the past week.

I began my career as a foreign correspondent covering Lebanon’s second civil war, and it left a huge impact on me. I saw what happens in a country when everything becomes politics, when a critical mass of politicians put party before country, when responsible people, or seemingly responsible people, think that they can bend or break the rules — and go all the way — and that the system won’t break.

But when extremists go all the way, and moderates just go away, the system can break. And it will break. I saw it happen.

I worry because Facebook and Twitter have become giant engines for destroying the two pillars of our democracy — truth and trust. Yes, these social networks have given voice to the voiceless. That is a good thing and it can really enhance transparency. But they have also become huge, unedited cesspools of conspiracy theories that are circulated and believed by a shocking — and growing — number of people.

These social networks are destroying our nation’s cognitive immunity — its ability to sort truth from falsehood.

Without shared facts on which to make decisions, there can be no solutions to our biggest challenges. And without a modicum of trust that both sides want to preserve and enhance the common good, it is impossible to accomplish anything big.

“Politics needs a reference point outside of politics,’’ argues the Hebrew University religious philosopher Moshe Halbertal. “It needs values, it needs facts and it needs leaders who respect that there is a sacred domain of decisions that will never be used to promote political gain, only the common good.’’

Public trust is eroded, added Halbertal, when people feel that this notion of the common good doesn’t exist because everything has become politics. That describes the United States today. The institutions we have relied upon to be outside the game of politics so as to adjudicate what is right and true — scientists, certain news media, the courts — have become so ensnared by politics that fewer and fewer of them are universally trusted to define and pursue the common good. Even mask-wearing has become partisan.

You cannot sustain a healthy democracy under such conditions.

And that is why the only choice in this election is Joe Biden. The Democrats are not blameless when it comes to playing politics, but there is no equivalence to the Republicans. The Democratic Party sorted through all the choices, and, led by older Black men and women in South Carolina, rejected the Democratic socialist candidate and said they wanted a moderate unifier named Joe Biden.

The Republicans — who in the past voted for Ronald Reagan and George H.W. Bush, sane conservatives who could be counted upon to uphold the common good — have done no such equivalent thing. They have fallen in line lock step behind a man who is the most dishonest, dangerous, meanspirited, divisive and corrupt person to ever occupy the Oval Office. And they know it. Four more years of Trump’s divide and rule will destroy our institutions and rip the country apart.

To me, the only hope for America is to elect Biden and split the G.O.P. between the Trumpists and whatever is left of the moderate Republicans, and then hope that a big center-left and small center-right can agree on enough things to propel the country forward, heal the divide and act together for the common good.

Admittedly, Biden did not particularly shine in tonight’s debate. Alas, I have never seen him shine in any debate. But I have no doubt that the people, values and integrity he would bring into government would be of a quality that the nation deserves.

If Trump’s monstrous performance left you feeling that you want four more years of his presidency — that he will respect the outcome of the election if it goes against him, that he will reunite the country, that he will do the presidency proud and surround himself with people of the quality that the country deserves — then you and I were watching different debates.

To get back a semblance of unity and sanity, Biden has to win. And that is why I have only one answer to every question now: Vote for Biden — do it by mail early if you must, but if you can, please, put on a mask and do it in person. If enough of us do that, Biden can win outright with the votes cast on Election Day, instead of waiting for all the mail-in ballots to be counted, thereby giving time for Trump and Fox News to muddy the outcome.

Do it as if your country’s democracy depends on it, because it does.

The Times is committed to publishing a diversity of letters to the editor. We’d like to hear what you think about this or any of our articles. Here are some tips. And here’s our email: letter[email protected].

A person with a gun arrested by Capitol Police at a security checkpoint phone calls it an ‘honest mistake. ’

‘We Need to Take Away Children, ’ Shaun Sessions Said